By Shoaib Akhtar and Anshu Dogra. It could be any cricket ground on the globe, but it has to be a Pakistan versus India match to get a crowd so involved. And if the ground happens to be Eden Garden, Kolkata, in India, any opposing team, but especially one from Pakistan, facesplus eleven opponents.

But if you knock off his stumps with your very first delivery to him, your ears meet with a deafening and almost eerie silence. I did it, I thought, I did it, as I pressed my forehead to the ground in gratitude. I knew that I had finally shaken off the dust of Morgah. Controversies have hovered around me since the day I was born. Take my name, Shoaib, for instance. In Arabic, it means the one who brings people together, but it can also mean the one who separates.

It is one of the many words in Arabic that have diametrically opposite meanings. The name was given to my brother who was born before me; unfortunately, he did not survive. My mother loved the name and so, when I arrived, she passed it on to me. Perhaps it was a big name to carry, for my family was not sure if I would survive to bear it.

There was not much money to go around, and a sick child could easily slip away.

My father Mohammad Akhtar comes from a hardworking, economically unprivileged family of the Gujjar community. All his life he has been a God-fearing man, and a strict disciplinarian, but he is not very worldly-wise or practical, and retains an innocence which is almost saisaint-like. He was a night watchman at a petrol station belonging to the Attock oil refinery.

One of my earliest memories of Abbu is of him getting ready for work, trying to dress as warmly as he could to face the cold winter night.

Ammi used to take hot food for him later in the night. He would return home in the early hours of the morning when we were fast asleep. By the time we woke up, he would be asleep and we would take great care not to disturb him.

Abbu did his best to ensure that there was always food on the table. He never shirked hard work and that is a virtue that has been impressed upon me. Abbu married my mother Hameeda Awan when she was very young.

She was still a teenager when her first child, Shahid, was born. Tahir and Obaid followed, and then came my brother Shoaib, who did not live to celebrate his second birthday. I followed her string of sons inand eleven years later my sister Shumaila joined us.

We lived in mohalla Jaadi, a dilapidated neighbourhood of Morgah in Rawalpindi. It was a ramshackle place, squalid and lacking any sort of infrastructure. Our home was a one-room semi-pucca house with a shaky roof. One particularly severe monsoon night, the rain came down incessantly and a large part of the roof collapsed.

I remember my parents rushing around, Ammi marshalling her wet, shivering kids to collect whatever material we could lay our hands on to repair the roof. More than anything else, I remember feeling cold and bewildered—roofs were not supposed to fall, they were supposed to protect us!

Money was always tight but somehow Ammi managed everything for us. She faced all the challenges that life threw her way and stood like a rock, shielding us from the squalid environment we lived in. I have always had a special bond with my mother, having been the youngest in the family for many years before my sister came along.

In fact, I slept with her till I was eight. She used to urge me to sleep in my own bed but I always snuck in when I thought she was asleep. Ammi knew how to cope with adversity because she too had experienced poverty as a child. In the s, my grandfather, whom I called nana, was in great financial distress and was finding it difficult to raise his children.

During those days, there were a lot of British people living in the area. My nana gave away his five-year-old daughter Hameeda—my mother—for adoption to a childless English couple who were soon to leave for Britain.

She stayed with them for some months and recalls being dressed in a frock, having to eat strange food like soup and bread, and being sent to sleep all alone in a room with a high ceiling. It was very different from what she was used to, and she missed her family terribly. When they met, she pleaded with him to take her away, so he smuggled her out on his cycle and hid her with relatives in another village till the couple had left for England.

They came searching for her, but nobody let on that they knew where she was. It is quite incredible that Ammi emerged from this background as a good-humoured, generous and strong-willed young woman.

Her positive attitude and belief in a good future for us were amazing because she really had a tough time, with three growing boys and an infant who was often very sick. Abbu was constantly worried about our finances. As a result, we boys hated to see her looking harassed even for a moment. Of the few memories I have of Jaadi, one that stands out clearly is of the landlady constantly coming to ask for rent.

Seeing how agitated my mother got every time the lady came by, my brothers and I decided to get back at her. Poor Obaid was always terrified that Abbu or Ammi would find out what we were up to and beat him, but he would come along nevertheless and be our lookout. How did a woman who lived in a jhopar patti and who had no formal education get it into her head that her children should be well educated, and then manage to make it happen with the very little means life afforded her?

She put so much emphasis on our education that even food was second priority in our house. There were days when we starved but she paid our school fees and did so with whatever my father gave her.

My parents never asked for financial help from anybody, be it friends or relatives. Ammi had too much self-respect for that. She made all of us see the value of a good education and made sure we got it.

All her children graduated from college—a great milestone for a woman who herself had never been to school. I was born flatfooted and, as a child, was unable to maintain my balance. I would get up and promptly topple over, but I kept trying.

When I turned three, my inability to walk was no longer the most pressing cause of anxiety for my parents because I was stricken with a severe bout of whooping cough, a disease that in those days carried away many infants.

As the infection in my lungs got worse, I grew weaker each passing day till my nana, convinced that I would not survive, told my mother to stop spending any more time and money on doctors and instead use whatever was left to make arrangements for my funeral.

But my mother was determined not to lose another child. She continued taking care of me, carrying me in her arms to the Central Hospital, the biggest hospital in that area. She would carry me across fields and nallahs till she got to a place where tongas were available and then travel further on to reach the hospital, where I would be given injections and medical attention.

I got weaker and weaker till, as my mother often tells me, my eyes seemed to pop out of my face. My friends assure me they still do. I survived the whooping cough, but the doctors told my mother that my lungs would always remain weak. Fortunately for me, what actually happened was that my lungs expanded due to all that coughing and I seemed to be able to take in a lot more oxygen!

I gained strength and Allah filled me with so much energy that, far from dying, I became doubly energized and hyperactive. 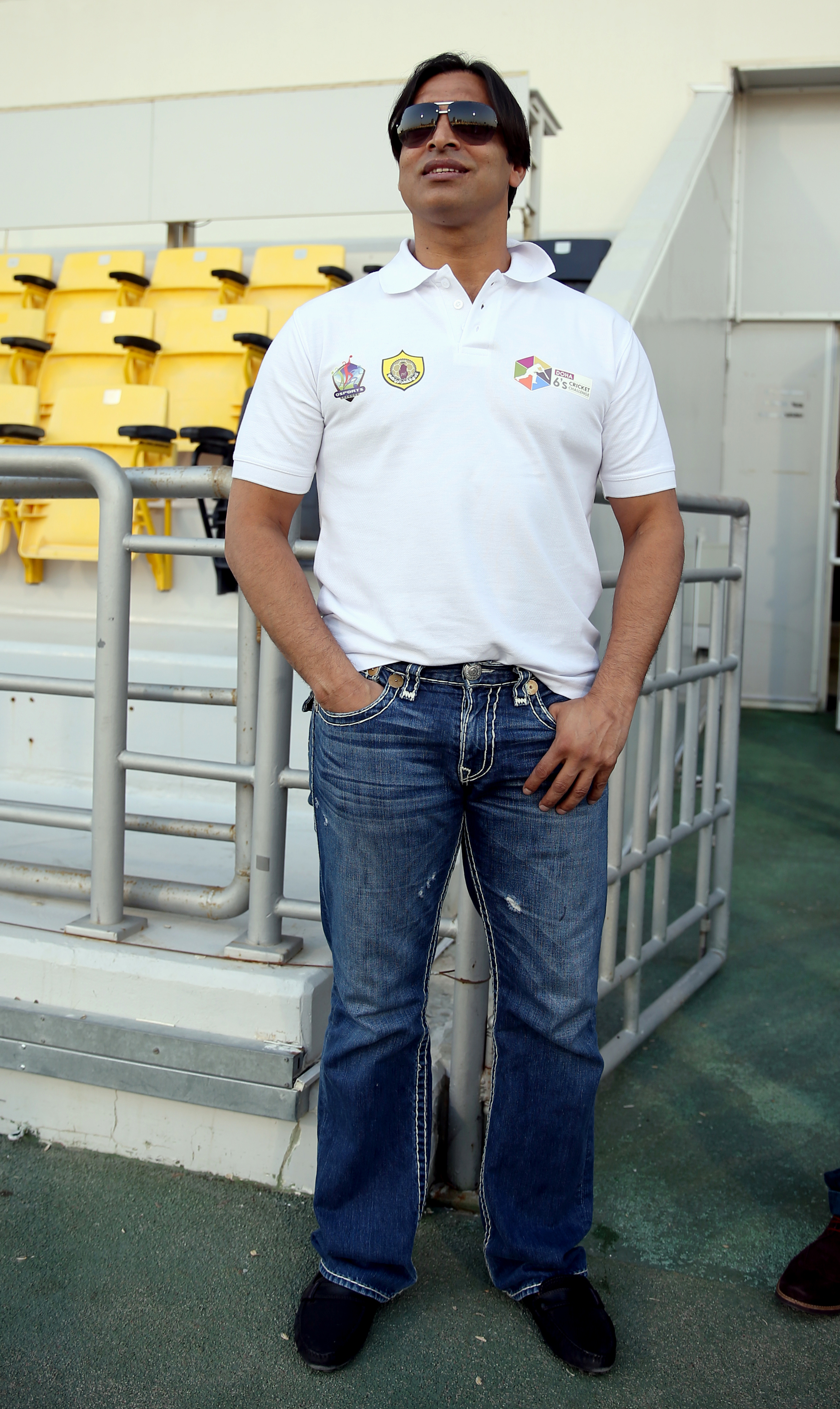 From not being able to walk, one day I got up and started to run. Running is the most vivid memory I have from my early childhood. Even then I could run very fast, faster than all the other children in my neighbourhood. I ran for no rhyme or reason.

I would run up hills, through meadows, down the streets, everywhere and at any given opportunity.

My brothers would watch me running up and down our mohalla, perplexed. I ran under the hot midday sun, during the monsoon, and even in the cold winter rain. I have often tried to explain to my family and friends why I felt this need to run, that it was both self-expression and an experience of complete freedom. When I ran, I felt free. In those days, I looked forward to the kite-flying season, for it meant lots of running. I would impatiently wait for my brother Tahir to return from his apprenticeship at the refinery so he could take me kite-flying.

Tahir is very much like my abbu, a sai banda. He is a generous man and good fun to be around, but he can also be very aggressive and he fights well—like me. I loved going to the kite sellers. There were so many beautiful kites in those shops and fortunately for me, my brother was as enthusiastic about kites as I was. I think it was a stress buster for him.

Controversially Yours: An Autobiography

I used to love collecting kites that fell from the sky. If a kite got cut off from its string, I would chase it as if my life depended on claiming it as my own. During one glorious season, I remember racing after and winning fifty kites, much to the admiration of my friends.

Eventually, all this running turned out to be good training. Sprinting in chase of a kite, my lungs opening and expanding, and playing gulli-danda on the streets laid the foundation for my throwing and fielding practice on the cricket ground years later.

Feeding the poor was a very old tradition in the family as was the tradition of feeding saints, malangs and the like—I continue this tradition and it gives me great joy.

The family used to be visited by a baba and my great-grandmother once asked him if there ever would be male children in her family, for until then there had been no sons, only daughters. My mum, who was only ten years old when this incident happened, assumed much later that the child was me. She always says that my forehead used to shine in the dark, but jab kambakhti aane lagti hai —when mischief entered my mind—it lost its sheen and became dull.

Ammi is, and always will be, a great influence on me. The Attock refinery where Abbu worked looked after their employees well by providing facilities such as hospitals, schools and living quarters at subsidized rates.