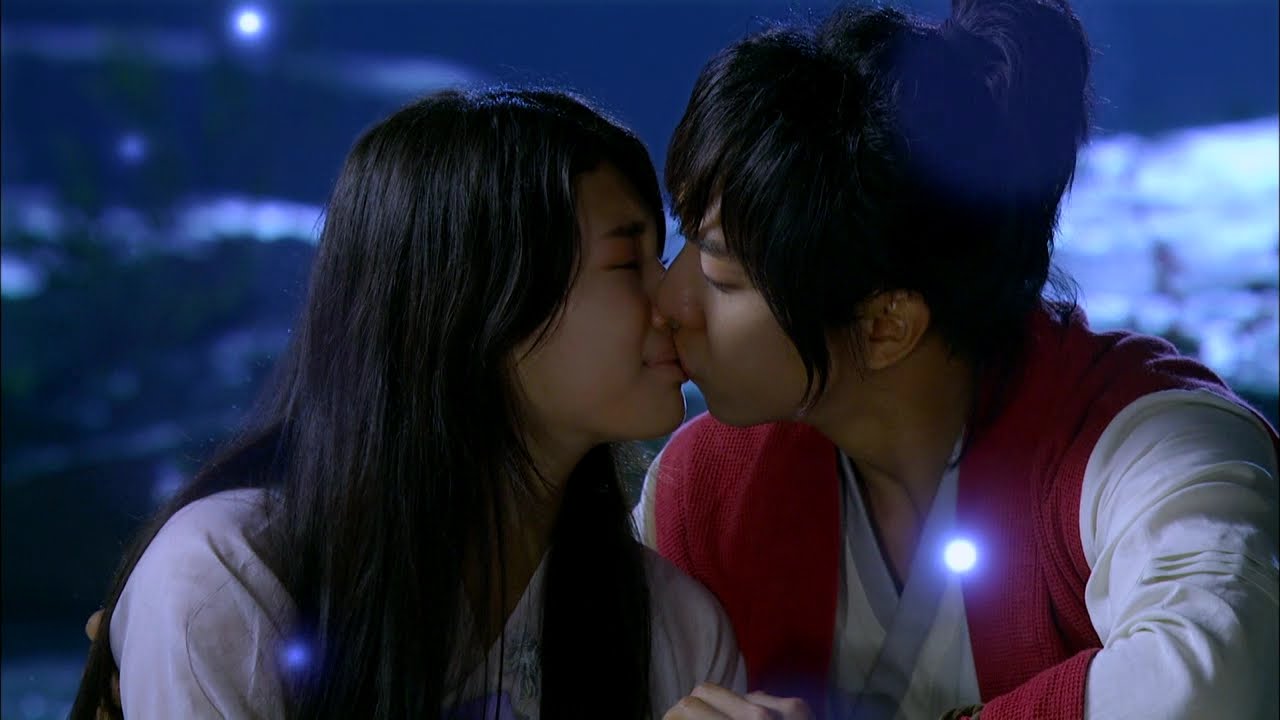 This time we get a dash of humor and a little romance too, but more importantly, our new Big Bad reveals a little motivation, and it does wonders for the conflict ahead. Gu Family Book is still on the rise with a new high of Wol-ryung introduces himself by name to Kang-chi, just as Seo-hwa unveils herself in front of Tae-seo.

So he does have a flicker of humanity in there, as far as love for his son might go. What are you?! At that, Wol-ryung super-speeds over to him and knocks him back into a wall with one hand.

This is my last warning. Leave the human world at once. Never die, never get sick, all that time with no end in sight, without being able to see the person I love?

Living as a human is my dream. Suddenly Teacher Gong shows up behind them to defend Kang-chi. Kang-chi screams no, but Wol-ryung complies, and though Teacher Gong puts up a good fight with his broom, Wol-ryung has him by the throat in no time. Kang-chi screams so loud that everyone inside hears him, but this time Yeo-wool is trapped by her watchdog teacher.

Kang-chi panics and does the only thing he can—he takes off his bracelet. Wol-ryung warns him to give up living as human, or else everyone around him will die. Kang-chi runs up to attack, and Wol-ryung swooshes away, leaving Teacher Gong lying on the ground.

This looks bad. Meanwhile Wol-ryung returns to the Moonlight Garden and looks down at his scraped arm.

So we knew Kang-chi could hurt him, but does this mean he no longer heals? It would make sense, if the whole blue-light power over living things is sourced in gumiho regenerative blood. Seo-hwa and Tae-seo take turns asking each other questions, and she answers honestly that she is a Joseon person, and that her connection to Jo Gwan-woong is for mutual financial gain.

In the morning, Gon finally comes by to tell Yeo-wool what happened, and she of course finds it ridiculous that Kang-chi would attack Teacher Gong. Lee Soon-shin arrives to survey the damage and meets with Kang-chi alone. Lee Soon-shin softens a little and tells him that trust is the relationships between people, and if he wants to be trusted, he has to learn how to get along with people first. It immediately makes him remember Teacher Gong telling him the same thing.

He comes out to ask Master Dam for one more chance. She apologizes and tells her to take a long nap and hops out her window cheerily. She grabs him and they take off running. Yeo-wool and Kang-chi run into the kitchen, and she tells him she sneaked away because Gon was being so frustrating and not telling her everything. She rattles off a litany of questions: is he okay, what happened to Teacher Gong, did everyone think he looked guilty, and did Dad hit him a lot?

They inch closer and closer as they tease each other, and then Kang-chi backs away first when it starts to get awkward.

As if on cue, Gon comes out of nowhere to slice another bell off. Kang-chi tells Sung to try and grab the broom, which he does in one try. Sung tells him to buck up—if Lee Soon-shin is going to face an inquisition on his behalf, he has to be strong. Kang-chi looks up in surprise. Gon tells him not to make trouble and to stay put, but Kang-chi says he has a plan to quell the rumors and help Lee Soon-shin. Good timing.

Once Yeo-wool sneaks out, she heads back in to find… is that Sung dressed as Yeo-wool?

This is random, but Jo Gwan-woong adds this EH? I think I hit rewind five times. Lee Soon-shin declares his wild accusations baseless, and threatens him in kind, which makes Jo Gwan-woong blow up and ask if all of it—the turtle ships, the secret funds, and Kang-chi—are all in preparation for a war. Lee Soon-shin just uses the opportunity to ask how he knows such things.

Does he have a spy working for him? Jo Gwan-woong comes out, and Lee Soon-shin tells Kang-chi to go back home and not make any more trouble.

He looks down at it, and then out into the crowd. Looking for Yeo-wool, perhaps? Jo Gwan-woong demands he take off the bracelet, and Chung-jo finally takes a step forward. But Yeo-wool runs past her and calls out to Kang-chi. He beams to see her, and she nods reassuringly. 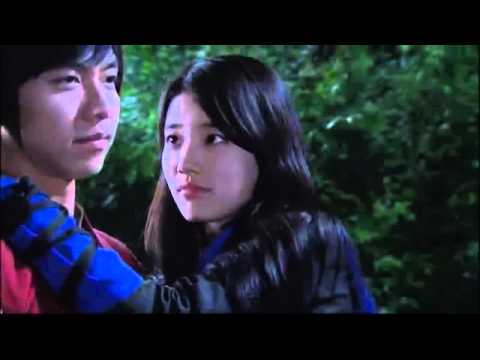 He takes a deep breath, raises his arm… and yanks the bracelet off. Everyone, even Yeo-wool, is shocked.

They look at each other with adoring smiles, as Jo Gwan-woong asks his minion what the hell is going on. But Gon swoops in out of nowhere to block it. Okay, that got the biggest awwwww out of me today. Nicely played. As the crowd thins out, Kang-chi and Yeo-wool stand there grinning at each other like fools, while Chung-jo and Tae-seo each watch from a distance.

Two guys raise their hands, so two bells go, and then Sung pipes up to defend Kang-chi. He says that Kang-chi was only defending Teacher Gong, and that many of them came to this school because they were outcasts somewhere else—so why are they doing the same to Kang-chi now? Gon asks for a final count and no one else raises a hand, so Kang-chi asks for his bells back.

Gon pulls one more off before giving it back, for his own vote. 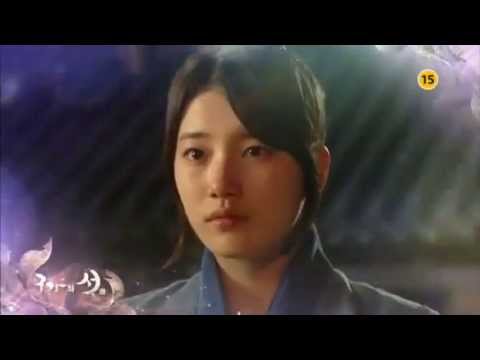 You heroically rescued him and everything. He tells Kang-chi to guard his one last bell until sunset tonight if he wants to remain here. Teacher Gong remains cryptic and says that may or may not be the answer, and orders Kang-chi to do the dishes. He hobbles over to Sung and pinches him, nagging that he told him to help Kang-chi, not give him the answers. But Sung swears he never gave answers, just hinted, and that Kang-chi is just quick on the uptake.

Uh, you mean the guy standing there scratching his head and recounting the beans on his fingers? The more adorable part is that Teacher Gong looks over at Kang-chi proudly, believing it.

She tended to the woman as she was bathing, and tells Soo-ryun that she has the tattoo of one of her gisaengs, and a scar on the other shoulder, a claw-mark.

Tae-seo comes to see Seo-hwa to ask what her conditions are for returning the inn to him. That will be enough. She heads out to meet Kang-chi, who apparently asked to meet.

He proudly presents her with his last bell.

Aw, he passed the test and gets to stay. He says it was really because of the other students who accepted him. Sung says Master Dam is calling for him, and runs off. Damn, does Dad have supersonic boyfriend-dar or something?

She tells him to go, so he finally starts to trudge away, but then he stops to turn back. Eee, kiss her anyway! She smiles to herself as she watches him go, and then suddenly a hand darts in to cover her mouth and yank her away. Oh no. Master Dam says Teacher Gong told him about the other beast, and asks if Kang-chi knows who it is. Way to out your nighttime rendezvous with her father.

He runs out to the spot where he left her, and finds the bell lying on the ground.

Or I will destroy everything connected to you. Okay, now this I can get behind. He seems interested in looking out for Kang-chi, which is a terribly misguided at the moment, but b potentially a place for paternal love to take root. When everyone else reacts that way, she jumps into the fray concerned about himand it really does feel like if he just has her, he can endure anything.

I doubt that she really thinks Tae-seo is her son, but it does seem like she came to the Hundred Year Inn knowing that it has some connection to Gumiho Baby which by the way is my new favorite thing. Now if he could just get his lips to be faster on the draw. Your email address will not be published.

I personally am drawn to Wol Ryung's storyline more than the younger leads. Maybe it is because he is a more seasoned actor, but he and the other "opening" actors those that started this Gu Family Book Journey with us Even more sadly, however, is the lack of plot from our writer-nims.

Every drama lags at some point Don't get me wrong! The actor playing KC is great