Grade 5 Decimals & Fractions (Kumon Math Workbooks) [Kumon Publishing] on Format: Paperback; Publication Date: 6/5/; Pages: 96; Reading Level. Read Grade 3 Addition & Subtraction (Kumon Math Workbooks) book reviews We should be able to browse through the book to know which level the child is at he does a couple of pages a day and i love it too because it has the answers in the back KS. out of 5 stars Very good quality and happy with the purchase. reviews from Kumon employees about Kumon culture, salaries, benefits, IL - 1, Otay Mesa, CA - 1, Overland Park, KS - 2, Oviedo, FL - 2, Owings Mills, MD - 3 Answer books are provided to help mark them and each student's scores are to from grade 1 level math or reading, all the way up to the high school level.

Back to index of justice, politics and education pages by Donald Sauter. You will see in the third section below that there was friction with the Kumon management from the beginning because of my plan to give students personal attention on every center visit. Be that as it may, I will try to be as honest and fair as possible in discussing the pluses and minuses of Kumon as I see them.

I am a firm believer in the teacher doing everything he forces his students to do. I view this as the Number 1 rule of education. How can a teacher presume to judge a student's performance on anything he hasn't done himself?

But, based on my own observations - in public education, in higher education, or in supplemental education such as Kumon - I would say that when this happens, it's the uncommon exception rather than the rule.

I plugged away at the Kumon worksheets mercilessly throughout my time with Kumon. The point was not merely to "do" them, but to put myself in the position of a student seeing the material for the first time. I was always asking myself what I would say to a student who might ask for help with any particular problem. I believe that of Kumon's approximately North American instructors, there are quite possibly none who have looked into Kumon as deeply, critically, and honestly as I have.

I know few people will want to read every word here. If you have to skip around, please don't miss my arguments for a parent doing every Kumon worksheet the child has to do. If anyone thinks this page may be interesting or useful to others, please feel free to link to it. A suggested link may be: Kumon Math and Reading - a Kumon instructor's observations.

Kumon the Good The basic idea of Kumon is very sensible. Forget age, forget grade; a comfortable starting point is determined and the student works through thousands of incrementally graded worksheets at his own pace, progressing to the next "level" when he shows good mastery of the material based on his accuracy and completion times.

Practice makes perfect; slow and steady wins the race. Kumon the Bad Sounds pretty good so far, but that's about it for the pluses.

And even in Kumon's basic idea I argue there's a fallacy - that one must under no circumstances proceed to B until he has reached perfection in A. Under that rule, think of how many amateur musicians would never have been allowed to advance to their first, simple piece of music because their scales weren't perfect.

The words that come to mind to describe the Kumon math curriculum are "stark" and "barren", possibly even "mind-numbing" for the elementary grade levels and downright "mean" in the higher levels.

Kumon has six levels nominally covering 1st through 4th grade math. Each level has worksheets. These 1, worksheets present 21, straight arithmetic problems, starting with "plus 1" and progressing through long division.

Most students will be assigned the majority of these worksheets multiple times. This long haul is relieved only by about 40 very basic word problems before the student reaches fractions.

Kumon's method of teaching arithmetic might be called "brute force". Kumon insistently avoids, or is unaware of, what we now call "number sense" - a solid grasp of how numbers are laid out and how they behave.

For example, Kumon never addresses the fundamental separation of numbers into evens and odds. There's no other way of looking at it besides an elemental fact.

A student is never told, and there are no exercises that burn in, "an even plus an even gives an even". There's never a suggestion of breaking a harder problem into quick and simple steps.

A lightning quick series of mental steps, such as breaking the 5 into two chunks, one of which gets you to 10 and the other to the final answer, is completely stonewalled by Kumon. Neither are "fact families" recognized. Kumon is "old-fashioned", and that has a certain attraction, but I'd like to think that fact families are not some flaky, modern concept.

That's four math facts for the price of one! Four plus three is seven whenever they're in the same place - isn't that neat? But there are no lessons like this in Kumon.

In Kumon, big numbers are rarer than hen's teeth. In my experience, kids love big numbers. Giving an answer in the trillions, quadrillions and quintillions is a blast and makes a kid feel real smart, and justifiably so. Just playing around with big numbers is a fun and easy way to a solid number sense. Consider Kumon's Level 2A, the middle of the three 1st-grade levels.

It follows worksheets of beginner addition in the previous level, and still no subtractions appear. One parent almost took my head off for this. The range of numbers is positively claustrophobic.

Unnecessarily and maliciously hard. For example, in Kumon's 6th-grade level "F" the student must solve very complex equations for an unknown - long before algebra is introduced! This 6th-grade level also has a batch of killer word problems that very few advanced placement high school students could sit down and solve readily. For that matter, very few Kumon instructors could, either. It's almost as if Kumon throws the incremental progression idea out the window once it gets above the arithmetic levels.

It seems to be almost the opposite; you're hanging on for dear life, and Kumon comes slamming back with a problem 3 times as complicated - as if Kumon wants to keep pushing you over as you struggle to your feet, as if Kumon wants to filter out weak students rather than develop them. It's always a mean thing to put someone on the spot, of course, so do NOT pull a worksheet from Level J nominally 10th grade at your orientation meeting and ask the Kumon instructor to work a few randomly selected problems, but take my word for it that only a small fraction of them could handle this, even given unlimited time.

And don't misunderstand; this is as much a statement on Kumon's difficulty as it is on the quality of a Kumon instructor's brain.

But it does lead to an embarrassing irony: on the one hand, Kumon's insistence on the absolute importance of these high level math skills, and on the other, Kumon instructors whose math skills may not go much beyond basic work with fractions. Above the arithmetic levels, there is hardly any correspondence between Kumon levels and school grades. Kumon, in its infinite arrogance, if not wisdom, puts calculus before trigonometry and probability, for example.

That's not the reason your child will never reach trigonometry, though; Kumon is almost certain to weed him out long before calculus. It does this with ridiculously complicated work in polynomial factorization; in maxima and minima; and in inequalities.

I won't glaze your eyes over with examples of what I'm talking about here. Nor will I ask you to trust me.

See my advice to parents at the end of this section. But, speaking from the point of view of someone who loved math and was a physics and math major in college, it is often very painful and of very questionable value. It's no mystery that there are long- and well-established Kumon centers that have never had a math program completer.

A Kumon student does all of his work under the gun of a timer.

For every assignment there's a maximum acceptable time limit. Once we get beyond the first few elementary Kumon levels, these time limits are often very unrealistic. If applied rigorously, only a tiny percentage of the population would ever make it past Kumon's long division section, for example.

Fortunately, Kumon instructors realize they must relent here, but most students can expect to get keel-hauled through these 70 long division worksheets several times over before the instructor realizes enough is enough.

I think the unreasonableness of the Kumon completion times fosters in most centers a "Don't ask; don't tell" policy regarding the honesty of the time entered on a student's homework.

But if a "good" 4th grader were to take the P4 placement test, he would crash and burn. Kumon instructors are actually instructed to subtract 2 years from the student's grade to select the placement test. So this 4th-grader would get the P2 test nominally 2nd grade. The Kumon instructor takes pains to reassure the parent that this is not a reflection on her child, but how can a parent not wonder?

Let's pursue this scenario. The 4th-grader takes the 2nd-grade placement test and starts Kumon at a kindergarten level.

There is nothing wrong with that; Kumon's low starting point is a good idea for a handful of reasons. We've said the child is a good student, and he plugs away at Kumon for a year and a half and reaches Kumon's Advanced Student Honor Roll - about a half year above grade level however one is supposed to detect something that subtle.

In this case, the student has met all of Kumon's own rigid requirements for a 6th-grader. So he should be able to nail Kumon's P6 placement test, right? No, he'd bomb out on that. If, hypothetically speaking, he were to start fresh with Kumon, he would need to take the P4 test and probably place at one of the 1st-grade levels this time. Seems a bit strange, although there's no real scam here.

Kumon's placement tests are supposed to start everyone on very basic material. If there's anything sneaky going on, intentional or not, it would be that all this backing off from the student's actual school grade is likely to worry a suggestible parent into thinking her child is far below some sort of "norm", or national or international standard.

I spent more of my worksheet time on math than reading since significantly more students still come to Kumon for math. There are two Kumon reading levels for each elementary school grade - thus the I and II - so this still represents a sizable mountain of work. In comparison to the math program, the reading program is much "richer". Many of the reading passages are educational, dealing with science and history, etc. 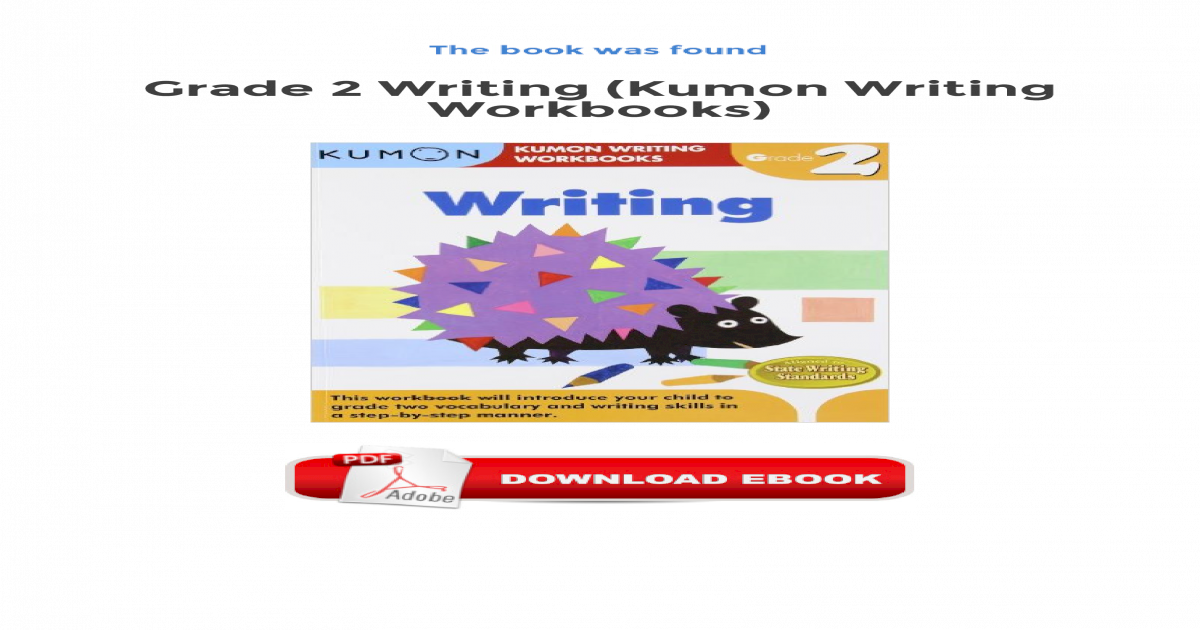 Many of the fiction passages are "classic" - stories from Aesop, Greek mythology, Grimm and Andersen fairy tales, and excerpts from famous books. But many more reading passages are, in my opinion, valueless - stories for molding the behavior of the kiddies; sermons on safety, diet, exercise, etc. Kumon has a bunch of duck stories. I realize that I'm a lone voice here, and that parents, students, and educators are all thoroughly acclimated to any sort of word conglomeration serving as material for teaching "reading", but I am adamant that, as long as I don't know everything, I want to be gaining something from everything I read.