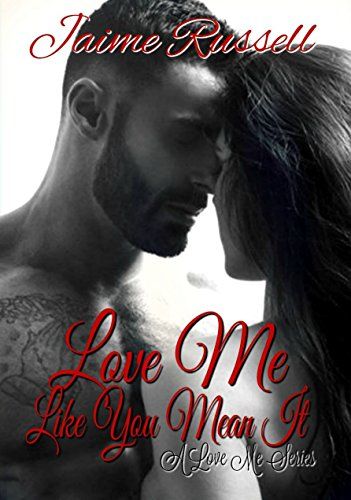 This content was uploaded by our users and we assume good faith they have the permission to share this book. If you own the copyright to this book and it is wrongfully on our website, we offer a simple DMCA procedure to remove your content from our site. 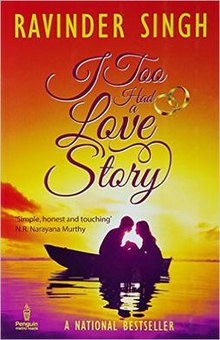 No part of this book may be used or reproduced in any manner whatsoever without written permission except in the case of brief quotations embodied in critical articles or reviews. For information, address St. I am so lucky to have you. Many thanks to my amazing editor and friend, Jennifer Enderlin, and to so many others at St.

An abiding thank-you to David "Sarge" Tinga, my one-of-a-kind mentor and dear friend who will never be forgotten. And finally, my thanks and love to Buddy, Edward, George, and Harriet. I know this fact not so much because I was an overeager newlywed keen on observing trivial relationship landmarks, but because I have a mild case of OCD that compels me to keep track of things.

Typically, I count insignificant things, like the steps from my apartment to the nearest subway in comfortable shoes, a dozen more in heels ; the comically high occurrence of the phrase "amazing connection" in any given episode of The Bachelor always in the double digits ; the guys I've kissed in my thirty-three years nine. Or, as it was on that rainy, cold afternoon in January, the number of days I had been married before I saw him smack-dab in the middle of the crosswalk of Eleventh and Broadway.

From the outside, say if you were a cabdriver watching frantic jaywalkers scramble to cross the street in the final seconds before the light changed, it was only a mundane, urban snapshot: two seeming strangers, with little in common but their flimsy black umbrellas, passing in an intersection, making fleeting eye contact, and exchanging stiff but not unfriendly hellos before moving on their way.

But inside was a very different story. Inside, I was reeling, churning, breathless as I made it onto the safety of the curb and into a virtually empty diner near Union Square. Like seeing a ghost, I thought, one of those expressions I've heard a thousand times but never fully registered until that moment.

Love the One You're With

I closed my umbrella and unzipped my coat, my heart still pounding. As I watched a waitress wipe down a table with hard, expert strokes, I wondered why I was so startled by the encounter when there was something that seemed utterly inevitable about the moment. Not in any grand, destined sense; just in the quiet, stubborn way that unfinished business has of imposing its will on the unwilling.

After what seemed like a long time, the waitress noticed me standing behind the Please Wait to Be Seated sign and said, "Oh. I didn't see you there. Should've taken that sign down after the lunch crowd.

Go ahead and sit anywhere. Instead, I slid into a red vinyl booth in the back corner of the restaurant and vowed never to speak of it. To share my feelings with a friend would constitute an act of disloyalty to my husband.

To tell my older and very cynical sister, Suzanne, might unleash a storm of caustic remarks about marriage and monogamy. To write of it in my journal would elevate its importance, something I was determined not to do.

And to tell Andy would be some combination of stupid, self-destructive, and hurtful. I was bothered by the lie of omission, a black mark on our fledging marriage, but decided it was for the best. She had curly red hair and a smattering of freckles, and I thought, The sun will come out tomorrow. I only wanted a coffee, but as a former waitress, remembered how deflating it was when people only ordered a beverage, even in a lull between meals, so I asked for a coffee and a poppy seed bagel with cream cheese.

I smiled and thanked her. Then, as she turned toward the kitchen, I exhaled and closed my eyes, focusing on one thing: how much I loved Andy. I loved everything about him, including the things that would have exasperated most girls.

I found it endearing the way he had trouble remembering people's names he routinely called my former boss Fred, instead of Frank or the lyrics to even the most iconic songs "Billie Jean is not my mother". And I only shook my head and smiled when he gave the same bum in Bryant Park a dollar a day for nearly a year—a bum who was likely a Range Rover—driving con artist.

I loved Andy's confidence and compassion. I loved his sunny personality that matched his boy-next-door, blond, blue-eyed good looks. I felt lucky to be with a man who, after six long years with me, still did the half-stand upon my return from the ladies' room and drew sloppy, asymmetrical hearts in the condensation of our bathroom mirror.

Andy loved me, and I'm not ashamed to say that this topped my reasons of why we were together, of why I loved him back. I let my mind drift to the night of Andy's proposal in Vail, how he had pretended to drop his wallet so that he could, in what clearly had been a much-rehearsed maneuver, retrieve it and appear on bended knee.

I remember sipping champagne, my ring sparkling in the firelight, as I thought, This is it.

This is the moment every girl dreams of. This is the moment I have been dreaming of and planning for and counting on. Annie brought my coffee, and I wrapped my hands around the hot, heavy mug. I raised it to my lips, took a long sip, and thought of our year-long engagement—a year of parties and showers and whirlwind wedding plans.

Talk of tulle and tuxedos, of waltzes and white chocolate cake. All leading up to that magical night. I thought of our misty-eyed vows. Our first dance to "What a Wonderful World. I remembered our flight to Hawaii the following morning, how Andy and I had held hands in our first-class seats, laughing at all the small things that had gone awry on our big day: What part of "blend into the background" didn't the videographer get? Could it have rained any harder on the way to the reception?

Had we ever seen his brother, James, so wasted? I thought of our sunset honeymoon strolls, the candlelit dinners, and one particularly vivid morning that Andy and I had spent lounging on a secluded, half-moon beach called Lumahai on the north shore of Kauai.

With soft white sand and dramatic lava rocks protruding from turquoise water, it was the most breathtaking piece of earth I had ever seen. At one point, as I was admiring the view, Andy rested his Stephen Ambrose book on our oversized beach towel, took both of my hands in his, and kissed me.

I kissed him back, memorizing the moment. The sound of the waves crashing, the feel of the cool sea breeze on my face, the scent of lemons mixed with our coconut suntan lotion. When we separated, I told Andy that I had never been so happy. It was the truth. But the best part came after the wedding, after the honeymoon, after our practical gifts were unpacked in our tiny apartment in Murray Hill—and the impractical, fancy ones were relegated to our downtown storage unit.

It came as we settled into our husband-and-wife routine. Casual, easy, and real. It came every morning, as we sipped our coffee and talked as we got ready for work. It came when his name popped into my inbox every few hours. It came at night as we shuffled through our delivery menus, contemplating what to have for dinner and proclaiming that one day soon we'd actually use our stove.

It came with every foot massage, every kiss, every time we undressed together in the dark. I trained my mind on these details. All the details that comprised our first one hundred days together. Yet by the time Annie brought my coffee, I was back in that intersection, my heart thudding again. I suddenly knew that in spite of how happy I was to be spending my life with Andy, I wouldn't soon forget that moment, that tightness in my throat as I saw his face again.

Even though I desperately wanted to forget it. Especially because I wanted to. I sheepishly glanced at my reflection in the mirrored wall beside my booth. I had no business worrying about my appearance, and even less business feeling triumphant upon the discovery that I was, against all odds on an afternoon of running errands in the rain, having an extraordinarily good hair day.

I also had a rosy glow, but I told myself that it was only the cold that had flushed my cheeks. Nothing else. And that's when my cell phone rang and I heard his voice. A voice I hadn't heard in eight years and sixteen days.

His voice was even deeper than I remembered, but otherwise it was like stepping back in time. Like finishing a conversation only hours old. Because as much as I didn't want to admit it, he was sure right about that. I love it for a lot of reasons— the good eighties feel to it, the quirky chemistry between Billy Crystal and Meg Ryan, the orgasm scene at Katz's Deli.

But my favorite part is probably those little, old, twinkly-eyed couples, perched on the couch, telling their tales of how they met. The very first time I saw the movie, I was fourteen years old, had never been kissed, and to use one of my sister Suzanne's favorite expressions, was in no hurry to get my panties in a wad over a boy.

I had watched Suzanne fall hard for a number of boys, only to get her heart smashed in two, more often than I had my braces tightened, and there was nothing about the exercise that seemed like a particularly good time. Still, I remember sitting in that over-air-conditioned theater, wondering where my future husband was at that moment in time—what he looked and sounded like. Was he on a first date, holding someone's hand with Jujubes and a large Sprite between them?

Or was he much older, already in college and experienced in the ways of women and the world? Was he the star quarterback or the drummer in the marching band?

Would I meet him on a flight to Paris? In a high-powered boardroom? Or the produce aisle in the grocery store in my own hometown? I imagined us telling our story, over and over, our fingers laced together, just like those adoring couples on the big screen. What I had yet to learn, though, is that things are seldom as neat and tidy as that starry-eyed anecdote you share documentary-style on a couch.