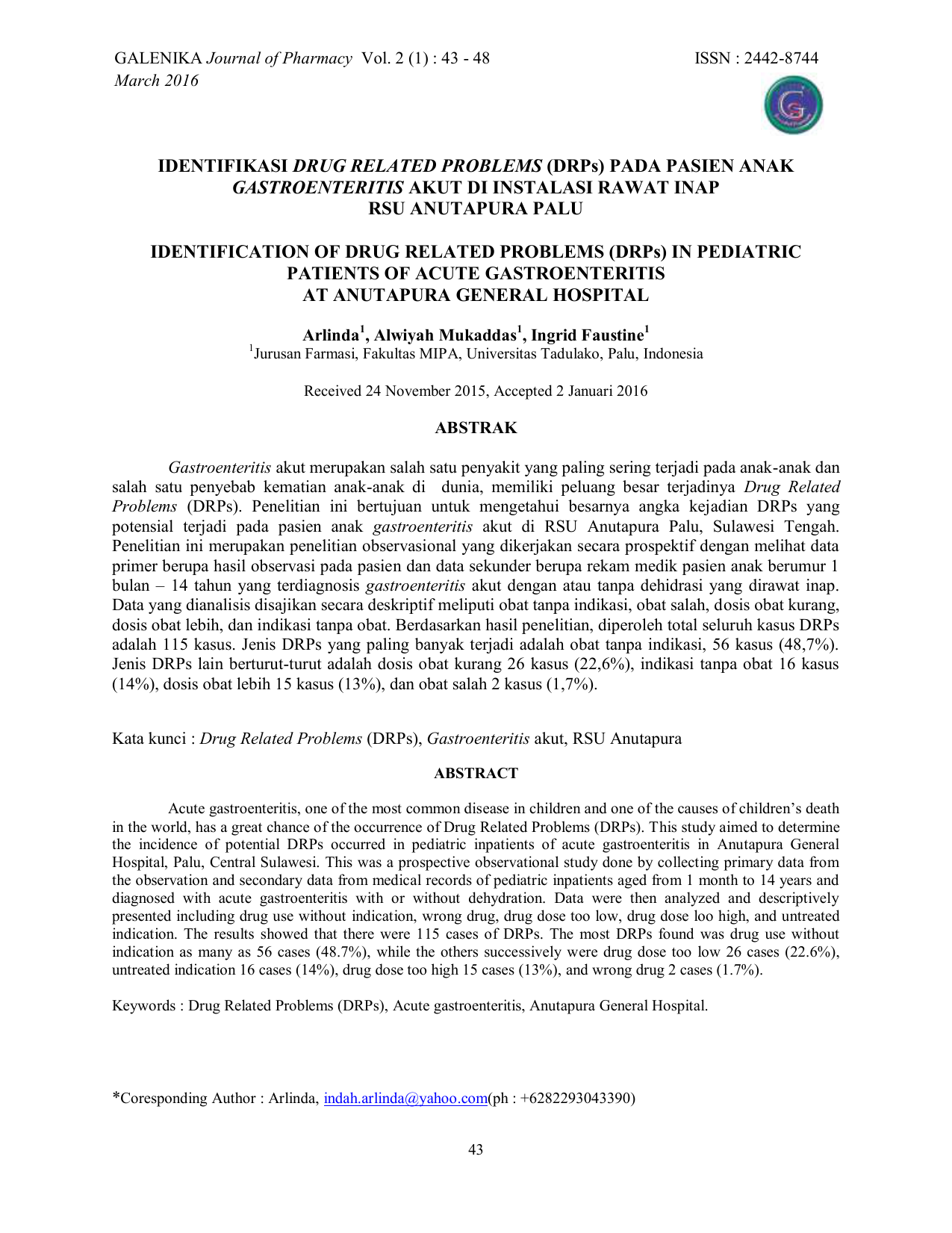 Lack of drug preparations for use in children in Brazil. Coelho III. METHODS: A descriptive study involving the development of a national list of unlicensed and off-label medications for pediatric use problem drugs in pediatrics, PDP through a literature review, a comparison among sources of the Brazilian pharmaceutical industry, and a survey with pediatricians.

To compose the final list, 24 other drugs referred by pediatricians were added. Of the PDP, 23 drugs were not licensed in the country for use in children; and of the licensed drugs, 24 presented age-related restrictions for pediatric use. The pharmaceutical list included 42 therapeutic groups and 68 subgroups.

The groups containing larger numbers of PDP were: antibiotics for systemic use 15antiepileptics 8antiasthmatics 7and analgesics 7.

The most frequent problems were: inappropriate dosage 35unlicensed for pediatric use 28age-related restrictions This study brings a contribution to the evaluation of the needs and priorities that support the development of suitable medicines for the pediatric patient. Keywords: Use of medications, pediatrics, pharmacoepidemiology, pediatric formulations, medication errors, pharmaceutical preparations, dose forms.

Only recently, however, has attention been devoted to unlicensed or off-label drug use in children by regulatory authorities, even in developed countries. Thus, in the USA, regulatory actions proposed by the Food and Drug Administration have attempted, since the s, with partial and questionable success, to financially motivate the pharmaceutical industry to provide required and adequate drugs for use in children.

In turn, the European Medicines Agency EMEA established, in the beginning ofa set of actions including specific regulation in the licensing of medical products for pediatric use, incentive to clinical research and development of pediatric drugs. In global terms, the World Health Organization WHO introduced, inthe first list of essential drugs for children together with a survey on research priorities in this area and a campaign with the slogan Make Medicine Child Sizedrawing the world's attention to this issue.

With respect to Brazil, a specific regulation for labeling and use of pediatric drugs is yet to be established, as well as a policy to stimulate clinical research in pediatrics. A few studies carried out in the country have demonstrated that, similar to other settings, unlicensed or off-label drugs used in inappropriate age groups, as well as inadequate drug use in general, is frequent particularly in hospitalized children.

The objective of the present study was to identify drugs that show problems for their pediatric use in Brazil because they are not available in an adequate pharmaceutical formulation or do not have a specific pediatric indication, pointing to the need for research and development in this area. Of the articles retrieved, those which included the name of medications identified as problem drugs, as well as the nature of the problem, were selected, and data on unlicensed and off-label drug use in different age groups and clinical practices were collected.

In the present study, we included under the unlicensed category those drugs not approved or contraindicated for use in children, prepared or modified in the pharmacy department of a hospital, or without a specific drug dosage for children. Under the off-label category, we included drugs prescribed outside the product license regarding age group, frequency, formulation, route of administration, and pediatric indication.

The identified drugs were coded at the ATC Anatomic Therapeutic Chemical classification system and their frequency analyzed regarding therapeutic group and subgroup and type of problem identified.

The search strategy retrieved 44 articles, 26 of which were excluded because the names of the drugs involved were not mentioned. The 18 studies included in the analysis were carried out in 20 different countries, as follows: European countries 14Brazil 2USA 1New Zealand 1and Israel 2. Of all papers, 13 investigations were conducted in hospitals, two in primary health care centers and three in other settings.

In the selected articles, PDP were identified, but 24 of these were excluded due to absence of reference in the sources searched in the Brazilian market. As shown in Table 1the list of excluded drugs contains several natural products extract of Echinacea purpurea and Lichen islandicusherbal extract and mucolytic formulation, and formulation with camphor and Crataegus and single drugs that, in Brazil, are available only in drug associations caffeine, dihydroergotamine, framycetine, pyridoxine and tyrothricin.

The therapeutic groups containing larger numbers of PDP were: antibiotics for systemic use 15antiepileptics 8antiasthmatics 7and analgesics 7. Of the drugs in the national list, 23 were not licensed for use in children in Brazil; and of the licensed drugs, 24 showed age-related restrictions for pediatric use. Table 2 shows unlicensed drugs, as well as drug use restricted by age group and weight. The first group comprises antibacterials, antihypertensives, diuretics, analgesics, anti-inflammatories, among other drugs.

The licensing status concerns pharmaceutical dose form or formulation specified in the national PDP list. Restrictions regarding age group were divided into groups, as follows: neonates and up to 2 years of age 11 PDP3 to 6 years of age 8 PDPand over 10 years of age 5 PDP.

Table 3 shows pharmaceutical formulations for oral administration considered as necessary according to the pediatricians' responses to the survey, or by comparing with the reference sources searched, 14, but that are currently lacking in the country.

In addition, 32 medications were considered necessary as liquid, 21 being in the form of oral solution, seven in the form of syrup, and four in suspension. Table 4 shows a list of drugs with the pharmaceutical formulation and dosage needed. PDP lacking injection and nasal, ophthalmic, and rectal formulations are also listed in Table 4.

The search strategy revealed that most of PDP Our national PDP list included therapeutic groups highly used in children, such as antimicrobials, anticonvulsants and antiasthmatics. On the other hand, medications excluded from the list due to lack of reference in the Brazilian market show low or none therapeutic relevance, such as plant extracts, cisapride withdrawn from the Brazilian market and from other countries as a matter of safety and medications with questionable clinical benefits.

Therefore, a regulatory action by ANVISA is needed to provide incentive for the pharmaceutical industry regarding development and request for new product licenses, according to their clinical usefulness in Brazil. 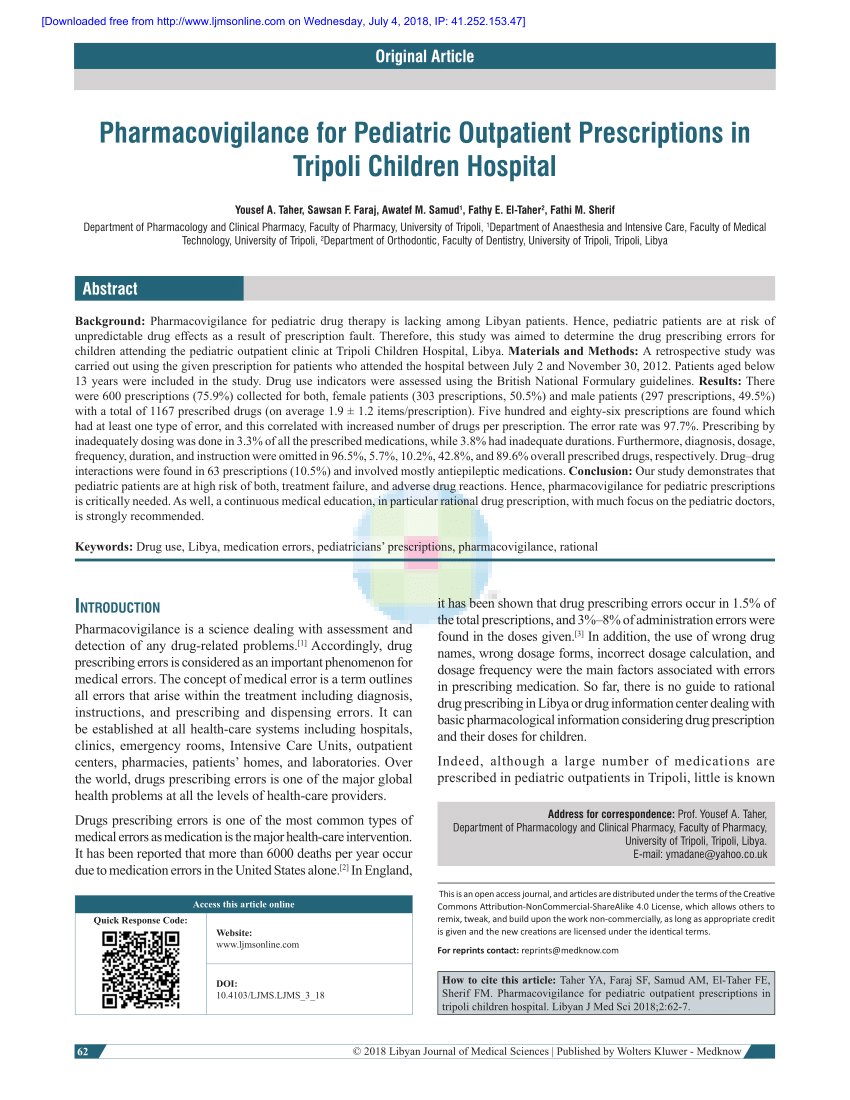 Some medications in the PDP list are not licensed for use in children in other countries, but are licensed for pediatric use in Brazil, namely: flumazenil, transdermal fentanyl, vigabatrin, formoterol, xylometazoline, and loratadine. A critical evaluation of the alternative therapeutics used in such countries would be necessary to verify whether these drugs are, actually, the best choices for use in children.

By analyzing licensed pediatric drugs with age-related restrictions in Brazil, we concluded that treatment of underyear-old children is extremely hindered by the lack of evidence for safe and effective drug use in this population. Other countries share this common condition, such as the USA, where the majority of drugs granted pediatric license do not provide labeling information for the use in underyear-old children. Age-related restrictions vary greatly among countries, indicating low-consistency information and the need for a consensus between specialists regarding this issue.

Codeine is considered an important drug in the treatment of pain in the United Kingdom, intramuscular route being used to children over 1 year of age, whereas in Brazil it is indicated only for use in children over 12 years of age, according to labeling information. Solid dose forms represent the majority of drugs with inadequate dosage indication for children, therefore the need to crush tablets to make them suitable for children.

In a previous article, we revealed procedure failures in a Brazilian children's hospital regarding fractioning and crushing tablets to prepare suspensions. By analyzing the drugs available in Brazil in tablet form, and required in lower doses for children Table 2we identified drugs that are essential to the treatment of epilepsy and convulsion diazepam, phenytoin, phenobarbitone, and carbamazepineas well as corticosteroids prednisone and betamethasonediuretics, and antihypertensives hydrochlorothiazide, furosemide and captopril.

Some of these dosages are already commercially available in countries other than Brazil, where these drugs should be marketed as well. Some of the PDP not available in liquid form in Brazil are widely used in hospitals and prepared in the pharmacy department of the hospital, commonly hydrochlorothiazide, spironolactone, captopril, griseofulvin, ketoconazole, prednisone, isoniazid, and baclofen. Other drugs needed in lower doses to facilitate their administration to younger children include: phenobarbitone, cimetidine, aminophylline, azithromycin, promethazine, and ondansetron; all of them already available in other markets.

With respect to injections in lower doses, it is worth mentioning that dilution of the currently available products represents a significantly high risk and might cause severe damages due to under- or overdosage.

We should also take into account the subsequent economic losses associated with storage problems and short duration of product action.

A medication that is currently lacking in the arsenal of drugs for pediatric use in Brazil is the caffeine citrate, well-known as a useful tool in the treatment of apnea in preterm infants, which is not marketed in Brazil as a single drug, but only in association with analgesics.

In the identification of oral formulations lacking in the country Table 2some drug associations were suggested by the interviewees, such as vitamins and minerals, codeine and buclizine; however, according to our reference sources, these associations are not considered adequate due to a high risk for inappropriate use and variation in dosage management.

The lack of adequate drugs for pediatric use is a problem worldwide, with some aspects peculiar to Brazil. The existence of technical, scientific and industrial capacity in the country in the pharmaceutical field allows us to conceive of an effective policy by the Brazilian Ministry of Health and ANVISA to foster research on medications for use in pediatric patients, as observed in many countries around the world.

In order to do that, clinical research in pediatrics should be fostered as well, through specific announcements and programs funding the development of qualified researchers in this area. In addition, it must be emphasized that there will always be a need for drug manipulation by the hospital pharmacy, hence the need for appropriate laboratory infrastructure and qualified professionals, situation which has yet to be improved in the country.

Off label and unlicensed drug use among French office based paediatricians. Arch Dis Child. Unlicensed and off label prescribing of drugs in general pratice. Use of unlicencesed and off-labell medications in paediatric gastroenterology with a review of commonly used formularies in the UK. Aliment Pharmacol Ther. Determinants for drug prescribing to children below the minimum licensed age. 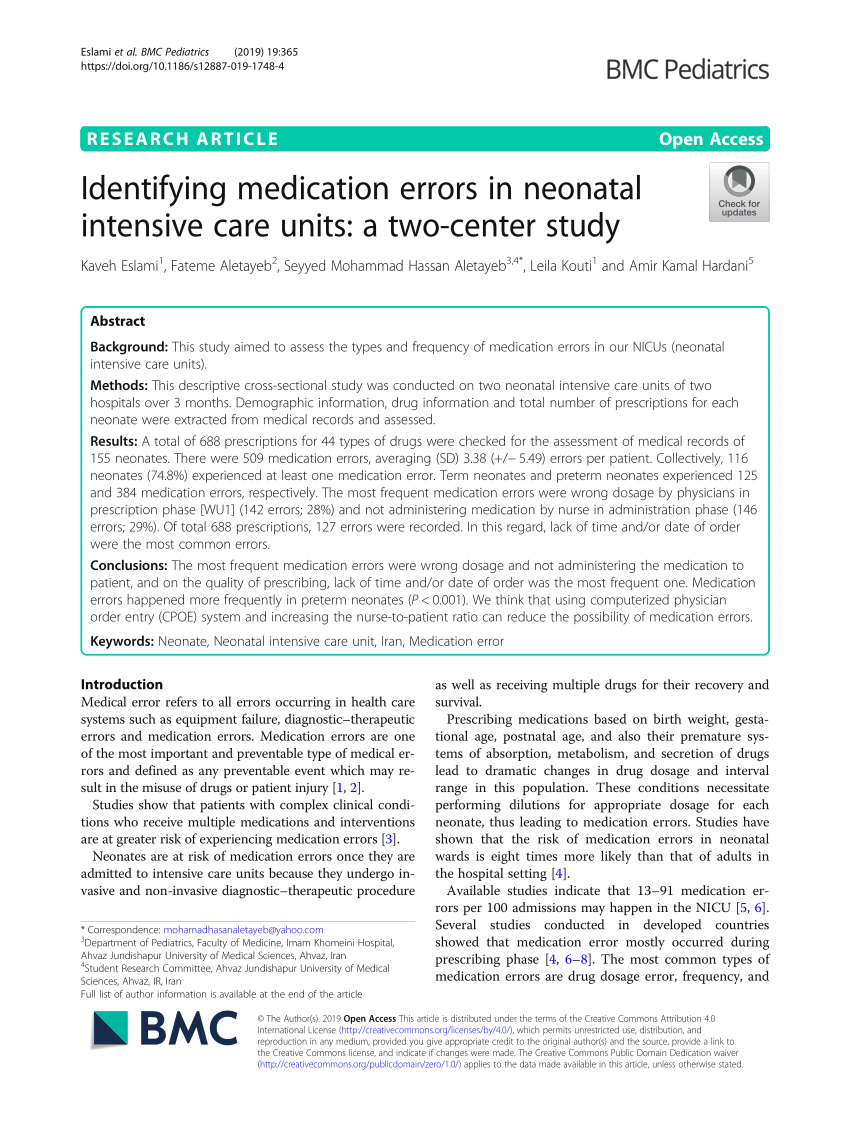