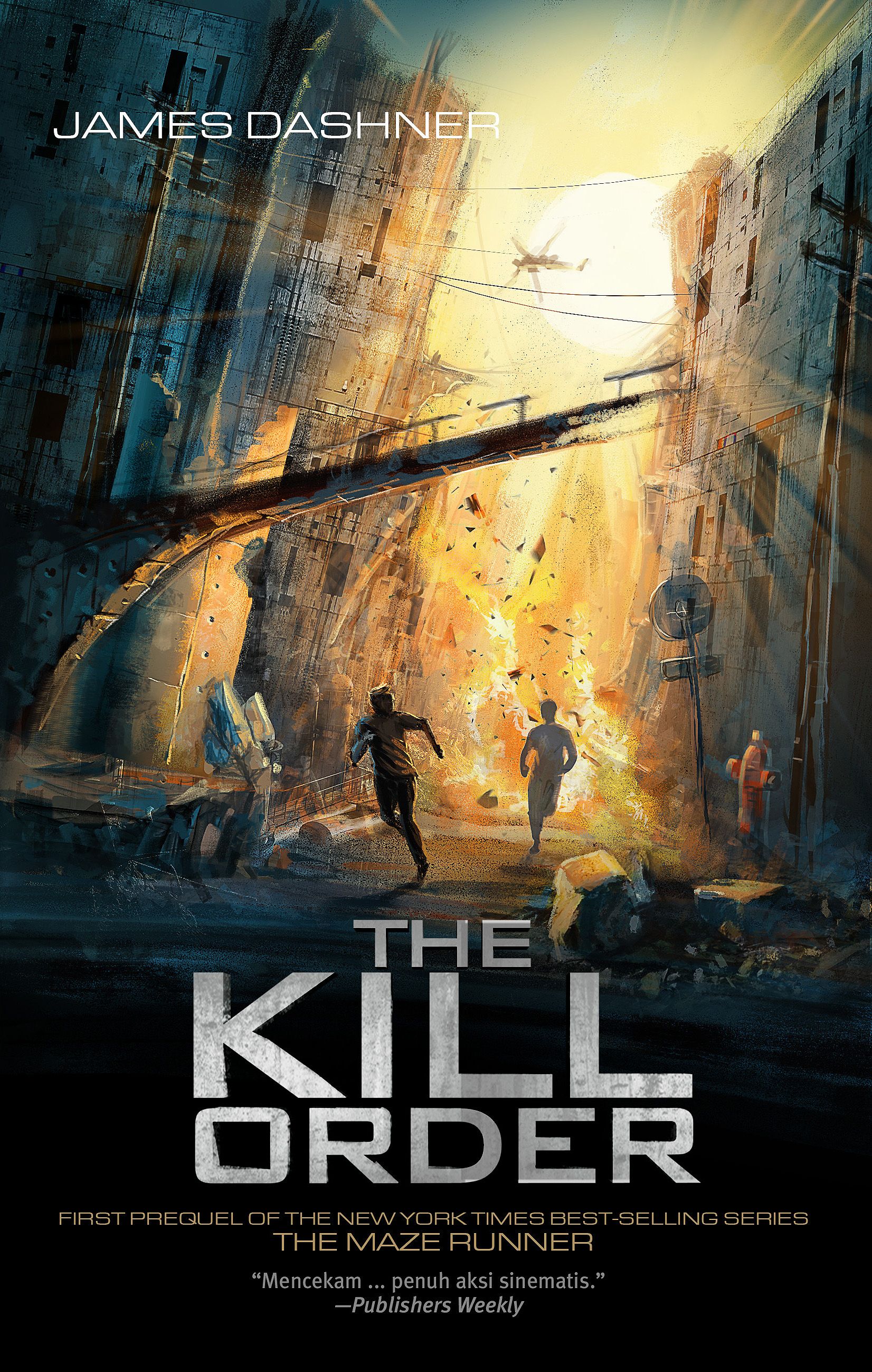 There are some really amazing series written for teens today that set teen characters against corrupt governments, post-apocalyptic societies and the harsh realities of being torn from family and friends to live lives that they believe are good.

If you enjoy books with an exciting dark side, no matter how old you are, read on I was really looking forward to reading the prequel, but this book was so disappointing. First of all definitely was not expecting it to be about different people and just didn't really feel attached to the main characters.

In the end I didn't even finish the book. If you love Theresa so much, you'd put up with anything this book is for you. If you skip this book and you won't miss anything and you will likely have a better review of the series.

I'm not sure how this book made it into the series - the quality of the writing is much less than the others. The characters are very typical of a mediocre YA novel which is made worse by the presence of a dominant supporting character Alec being a quintessential "Hoorah" military veteran. Women are less skilled and less intelligent and although this book is not sexist, it is far from the level playing field the other novels were.

Not last, but I don't want to rant, is the need to constantly tap into the tank of the willingness to suspend disbelief. There are simply way too many times that Mark and Alec should have killed and yet they walk away on to the next battle, with nothing but a bruise or a few moments of unconsciousness.

The reason it took me so long to read is simple: "The Kill Order" didn't captivate me like the other three books did. I don't think that the plot was as well thought out for this book as for the others, and it had too much action. Having some action is good, and it is of course required for a series such as this one, but this specific book just had too much of it.

As well, even though it was extremely action-packed, "The Kill Order" seemingly moved at a very slow pace. I personally prefer medium-paced and medium-action books rather than having these two qualities off-balance. I found it interesting to read those parts, because they were at a good pace and were intriguing. So I started off thinking it would be like the first three but It took me like, weeks just to get through the first ten chapters, then it got extremely boring in the middle and then it finally got interesting at like the last ten chapters.

Do NOT recommend this, it's bad. I actually enjoyed reading this book more than Dashner's original series!

Mark and Trina's story intrigued me from the beginning. This thrilling prequel, The Kill Order, was incredibly well-written, with a good, strong plot and superb characters. Note: this book was very sad at the end :. When I started reading the book, I kept waiting for the characters from the original trilogy to show up. Who are these people, Mark and Trina? Where's Thomas and the other Gladers? Of course, if I'd just read the book jacket, I'd have realized that this is a prequel; all the events in this book happen long before the Maze Runner events.

I really enjoyed the original trilogy, but didn't care for this one as much. It seems like Dashner's whole plan for this book was to throw Mark and the others into crisis scenario after crisis scenario. And so much violence, especially after the virus starts making everyone go crazy. So, not just protecting-our-territory violence, but crazy, smashing-someone's-head-into-a-wall-because-why-not violence.

Over and over again. The book does have some redeeming qualities: we get to find out what happened right after the solar flares that started the whole thing, for instance. And Mark and Trina's kinda sorta romance is sweet. The Kill order by James Dashner was quite frankly the best novel i've read in the entirety of my life.

I say this because I believe that the author James Dashner did a superb job of pumping up the readers and exciting them every step of the way, especially in the action scenes. My favourite part was when the Mark,Alec,Lana and Trina went into the city of the infected but this part was very dark and brutal, especially when they are being chased by the people that were infected by the darts.

I felt terror and anticipation at the same time while reading this part of the novel because there is so much action going. There was so much action going on I felt as if I was watching an action movie at the cinema. Another thing I really enjoyed about the novel was that the author did not use next level sophisticated words which is good because if he did the dialogs and the content would be less interesting to readers if they saw words they were unfamiliar with or could not pronounce properly on the other hand he didn't use simply words that make the readers feel like children.

Another thing that found really interesting about this novel was its title and the front cover. When I saw the front cover of this novel it caught me right away with a captivating cover. The title of the book is very clever, the PFC ordered that all the survivors of the sun flares were to be killed with a virus that they had created via darts. After I read that part of the book the titel made so much sense. 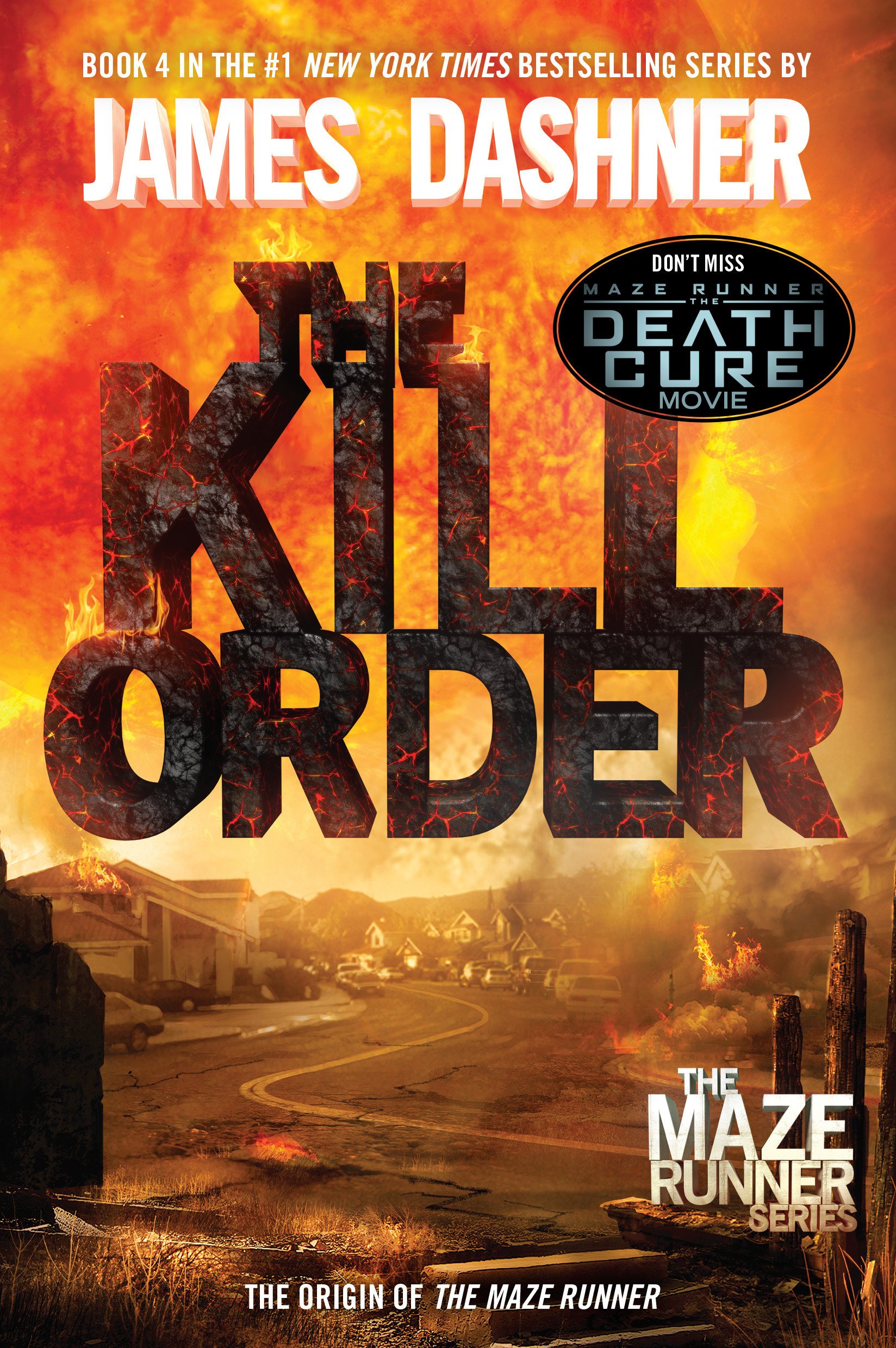 The Kill Order is a prequel to the Maze Runner series and follows a group who survived the sun flares together and discover the disease later known as the Flare. The story is more grounded in reality than the Maze Runner series and the characters seem a lot more relatable in this book compared to the rest of the series. Without spoiling anything, the story is reminiscent of The Last of Us game, which is great because The Last of Us had an amazing story, as does this book.

The Kill Order does a great job of finding its place in the Maze Runner universe and the story does a great job of leading up to the original series. The characters are great, the atmosphere is on point and the ending is probably the best out of all the books in the series because it will change the way you look at the other books.

I actually liked this one! Not a huge fan of the Maze Runner trilogy, I didn't have high hopes for this prequel but I found myself enjoying the new characters, the structure of the narrative and the action. In this book you don't have the violence for the sake of violence. 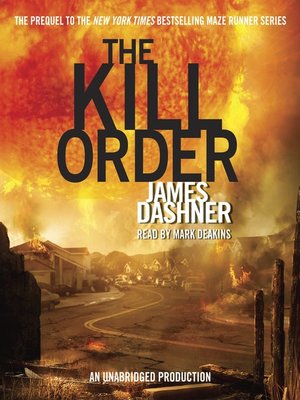 The characters have a bit more personality and though not much is revealed concerning the mysteries that the maze runner books left behind, the story is all together more satisfying.

I actually enjoyed this book more than the original trilogy - likely because there's more character development which the original trilogy couldn't avoid lacking since the characters had no memories. I found the flashbacks to escaping the sun flares even more interesting than the "present day" plotline, but both were compelling.

Trina had been staring at the floor the entire time, but she slowly raised her head and looked at Mark. Her eyes were empty and dark. And then Trina was rushing to Mark.

Throwing her arms around his neck. Kissing him. A thousand thoughts flipped through his mind, and he saw her in all of them. Wrestling in the front yard of her house before they were old enough to know anything; saying hi in the school hallway; riding the subtrans; feeling her hand in the darkness after the flares struck; the terror of the tunnels, the rushing waters, the Lincoln Building; waiting out the radiation, stealing the boat, the countless treks across ruined, sweltering land.

She'd been there with him through it all. With Alec. Darnell and the others. And here, at the end of the fight, Trina was in his arms. Monstrous noise and quaking took over the world, but he still heard what she whispered into his ear before the Berg came crashing into the building. Violence: Lots of violence. Violence: The entire book is him fighting. Not extremely gory descriptions but I wouldn't recommend it for under Other: Fancyness Dashner is Fancy.

The Kill Order Dashner, James, Average Rating:. Rate this:. Now a disease of rage and lunacy races across the eastern United States, and there's something suspicious about its origin. Worse yet, it's mutating, and all evidence suggests that it will bring humanity to its knees.