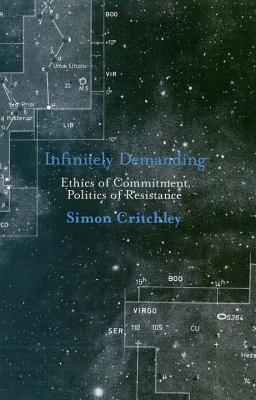 Log In Sign Up. Seferin James. His research interests include continental philosophy, phenomenology, philosophy and literature, psychoanalysis, the ethical and the political.

With your more recent book, Infinitely Demanding: Ethics of Commitment, Politics of Resistance, you continue to work with ethical insights derived from Emmanuel Levinas but the only reference to Derrida is a single footnote.

I was educated in England in the s and in France in a very Heideggerian context. When the question of Heideggers politics really came up, which was inI was just a first year graduate student. It was a revelation. It really was that every major thinker was a modulation, modification, of what Heidegger was up to, a different way of hearing it and in particular Derrida. That sort of got me into this topic of ethics at a very early level.

There seemed to be no ethical resources in Heideggers thought for resisting national socialism. SC: I had different Phd projects. Then this political issue exploded and the figure that everyone who taught me seemed to revere, Heidegger, seemed to have, if not blood on his hands, at least the stains of something unpleasant.

He formulated this idea of the pledge and of responsibility and the rest. It required an enormous amount of work to excavate that.

There was an enormous initial skepticism and then the politics, which was something that had always been on my mind. The question you ask is why that is sort of absent from Infinitely Demanding. Partly it has to do with a sort of frustration that I think I felt and a lot of people felt with what was happening with his thought in the s.

It seemed to be the wrong discourse. The last time I really taught Derrida at Essex was Politics of Friendship and Spectres of Marx and it somehow seemed irrelevant to the students I was teaching it to and this really struck me.

I suppose some of that impatience infected me. SJ: Would you like to comment on your general relationship to phenomenology at the moment? SC: I still think of myself as a phenomenologist.

You can say that it is all in Husserl but it is Heidegger that synthesises those things into a new chemistry, blending them also with elements from Dilthey and a certain reading of Aristotle and a certain Christian, radical Christian, orientation: Paul, Augustine, and Luther.

How Heidegger defines the phenomenon is something that I still relish and subscribe to. So I still think of myself as a phenomenologist because for me the overwhelming threat or worry is the worry of what Husserl called objectivism; what we call now naturalism or scientism. Phenomenology still has a lot to offer and I subscribe wholeheartedly to that.

This leads you to your PhD thesis The Ethics of Deconstruction that considers the ethical resources available through Levinas to a Heideggerian tradition of thought.

Then in your recent work, Infinitely Demanding, you seem to continue this trajectory inspired by the question of fascism towards a kind of pacifist anarchism. SC: A bit of background here is that my political trajectory has been through a number of changes in the last ten or fifteen years.

What you find in Infinitely Demanding is that I begin with this engagement with Marx that comes out of a whole series of encounters I was having at reading groups in and where people wanted to go back to Marx.

I tend to listen very carefully to what graduate students are talking about and reading. An urgency to go back to Marx and to address what resources his thinking had and did not have.

While the critique of political economy is incredibly germane descriptively and interesting. The issue for me, the problem with Marx, is that the issue of the political agent and the political subject in Marx has always been for me an open question.

That began under the influence of someone like Ernesto Laclau who was trying to accept a Marxian analysis of the state of the world but then to rethink the nature of political subjectivity and collective will formation in Marx by using Gramsci. Gramsci has always been a huge influence on me.

He always seemed to be the most intelligent and reasonable Marxist. SJ: You are still working with the concept of hegemony in Infinitely Demanding. SC: Yes, I just think that politics is about hegemony.

You can link up different interest groups with very different conceptions of the good, around a common struggle. Until the rise of Obama in the US, it was the right that was using that technique in politics particularly well. Hegemony is just the logic of politics for me. The drift towards anarchism has just been an increasing frustration with certain forms of Marxism.

It seems to me that the political sequence that emerges into media visibility with the Seattle protests in November is best captured with an idea of anarchism. This has led me towards the position you find in Infinitely Demanding. A book that is very much a first statement.

That goes back to the Bakunin Marx relation. Bakunin never really gets it together. His writings are interventions: letters and occasional texts.

Nothing adds up to the sort of theoretical edifice that Marx produced. There is a reluctance among many anarchist groups to theorise their activity or practice. For them the practice is the thing and the theorisation is to miss it.

The idea of direct democracy is inherently much more plausible in the context I am in now than forms of academified Marxism. It works. It seems more plausible here. So the heart of anarchism for me is not a set of theoretical commitments, as with Marxism, but a set of ethical concerns with practice.

Could you consider yourself a kind of mutualist because the ethical demand you are concerned with in Infinitely Demanding draws us away from individualism towards a more mutual experience of society? SC: Yes. This material is a strange new departure for me but my implicit prejudice or assumption is that human beings are not inherently wicked. Human beings in the right circumstances — and they are not in the right circumstances — are capable of behaving mutually, co-operatively, and on the basis of trust if they are allowed to.

I see human wickedness as a socio-historical outcome rather than a natural fact. This is what takes me back to the importance of original sin and the relationship between original sin and politics. It seems to me that all forms of authoritarianism rely on some idea of original sin. I have got different views on that. Anarchism is about federalism.

There are times when I could imagine the European Union going over to a radical form of federalism if it decided to abandon its commitment to the nation state.

You could imagine a radically decentralised European area based on a federation of cities, villages, and all the rest where the economy would be returned to localities in a very dramatic way. SJ: Irish Politics has traditionally defined itself in relation to the question of land and nationalism because of the colonial history with England and perhaps with the rising influence of the European Union, with the Euro and the constant treaties, it would certainly seem to make questions of nationalism less relevant, but surely there is a serious problem with the constitutionalism of the European Union?

You could imagine a genuine commitment to the overcoming of the nation state which was the founding principle of the European Union. All the problems of constitutionalism, absolutely, but if people took that seriously then you could imagine a much more developed form of federalism. The nation is a thing that appears at a certain point in European history, in moments of national romanticism which arise as an anti-colonial moment: Ireland, Finland.

Ireland is a very good example of the invention of a national myth. The nation was important at a certain point in political history but I would be interested in bringing about an end to that. That would be one way, a sort of real world actual politics way of thinking about forms of federalism which we could actually get to from where we are even though there would be lots of problems with that. The anarchist tradition has always been this slightly impoverished, invisible, sort of underbelly to political thinking which is always feeling misrepresented. 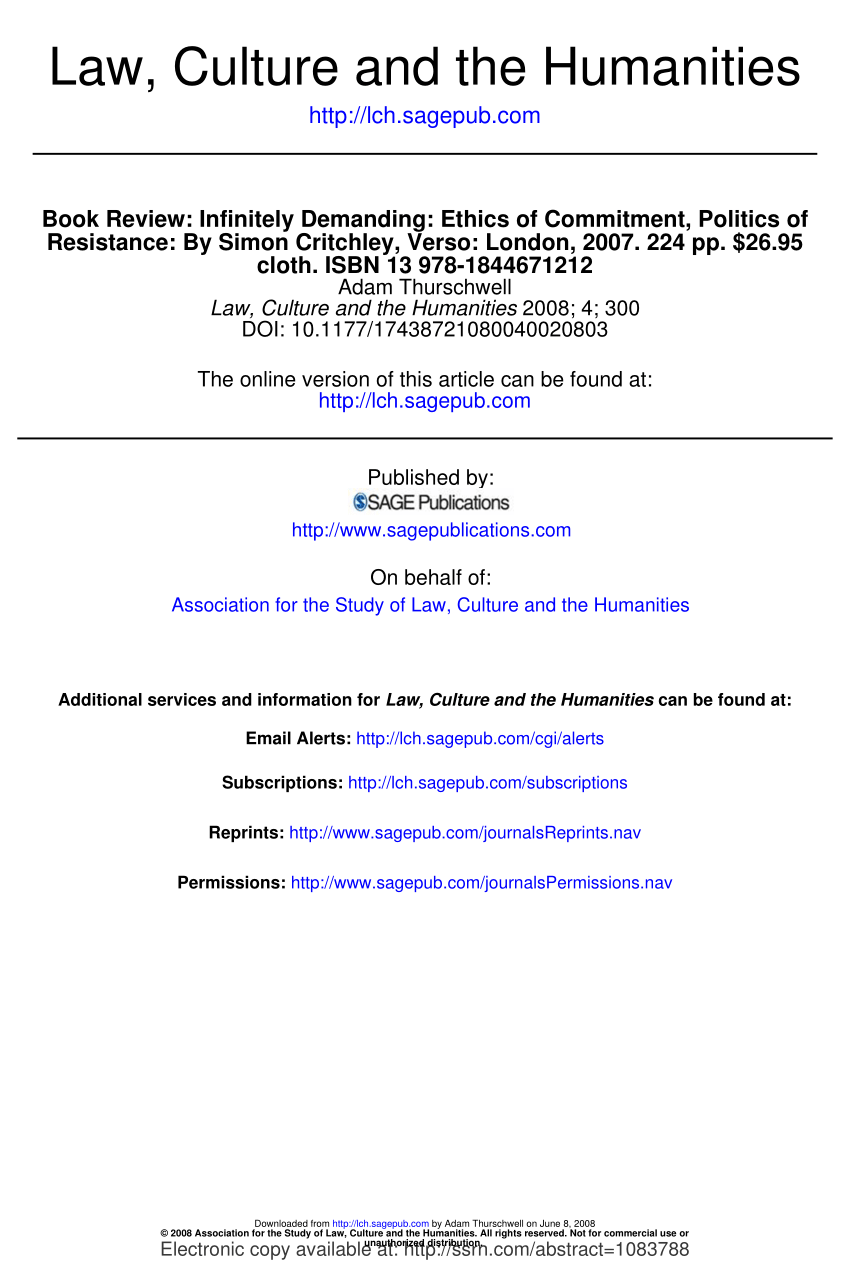 These things are part and parcel. It is not simply an issue of setting to one side all issues of human nature. This is one sort of academic doxa you find. It seems that anarchism has the capaciousness for thinking about forms of mutuality and co-operation that would question the limits of the human which goes back to deep spiritual traditions like the Franciscans and people like that.

The idea of the human as the be all and end all of human existence or why this universe was made is a humanist assumption that I think anarchism has always been out to question, in my opinion.

Do you consider trade unions to be important?

SC: Trade unions are great for the most part. I used to be a union organiser in the 80s in England when I was still working there. I think that unions are absolutely essential. I was a labour party activist for many years in the 80s and early 90s. I left before Blair became leader. SJ: Perhaps the question is whether you consider activity through trade unions as a possibility for achieving social change?

In Infinitely Demanding you talk of political action in the interstices of the state — would trade union activity be something that you have in mind or would you be thinking more about the summit protests? Where are these interstices?